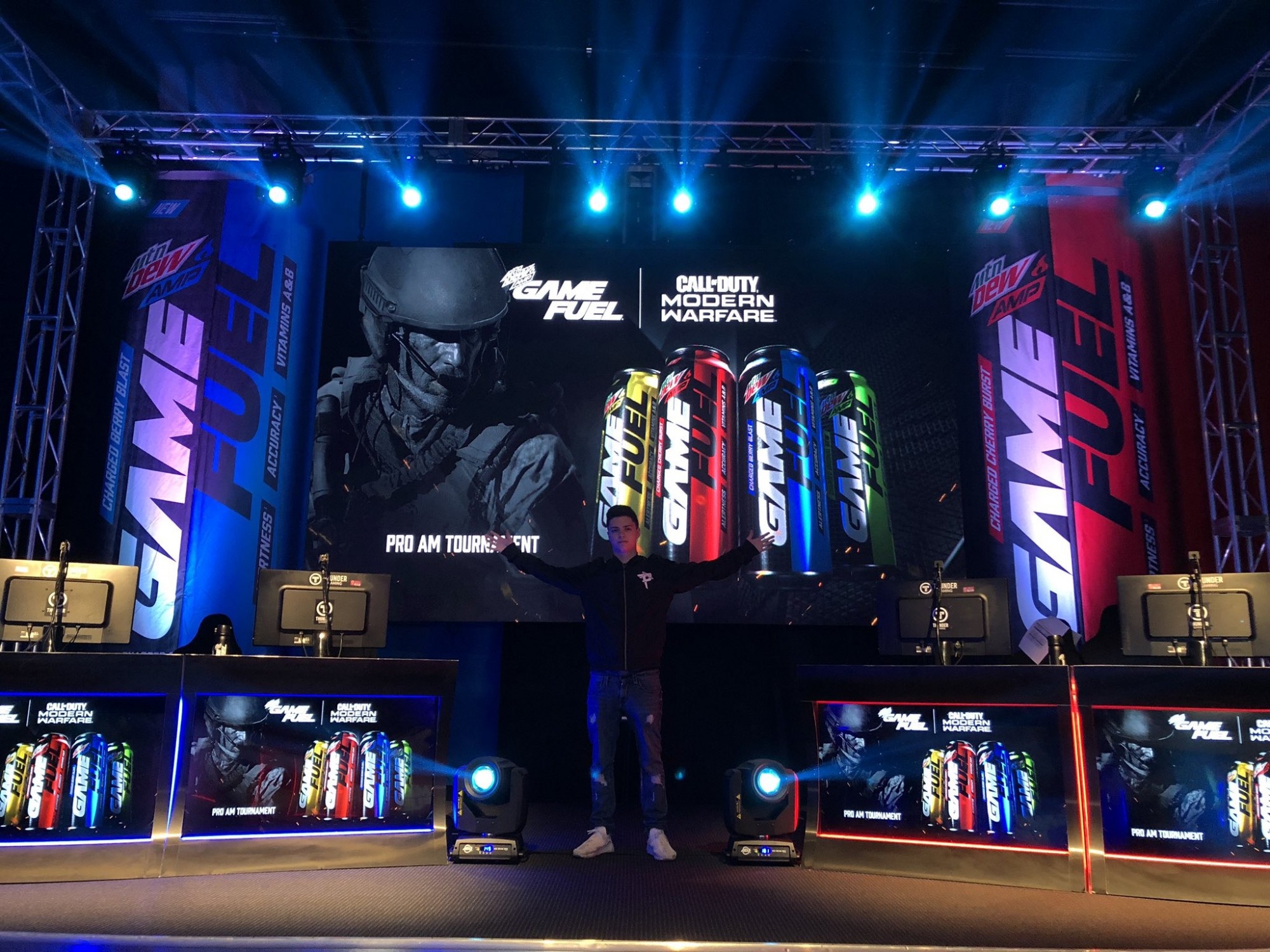 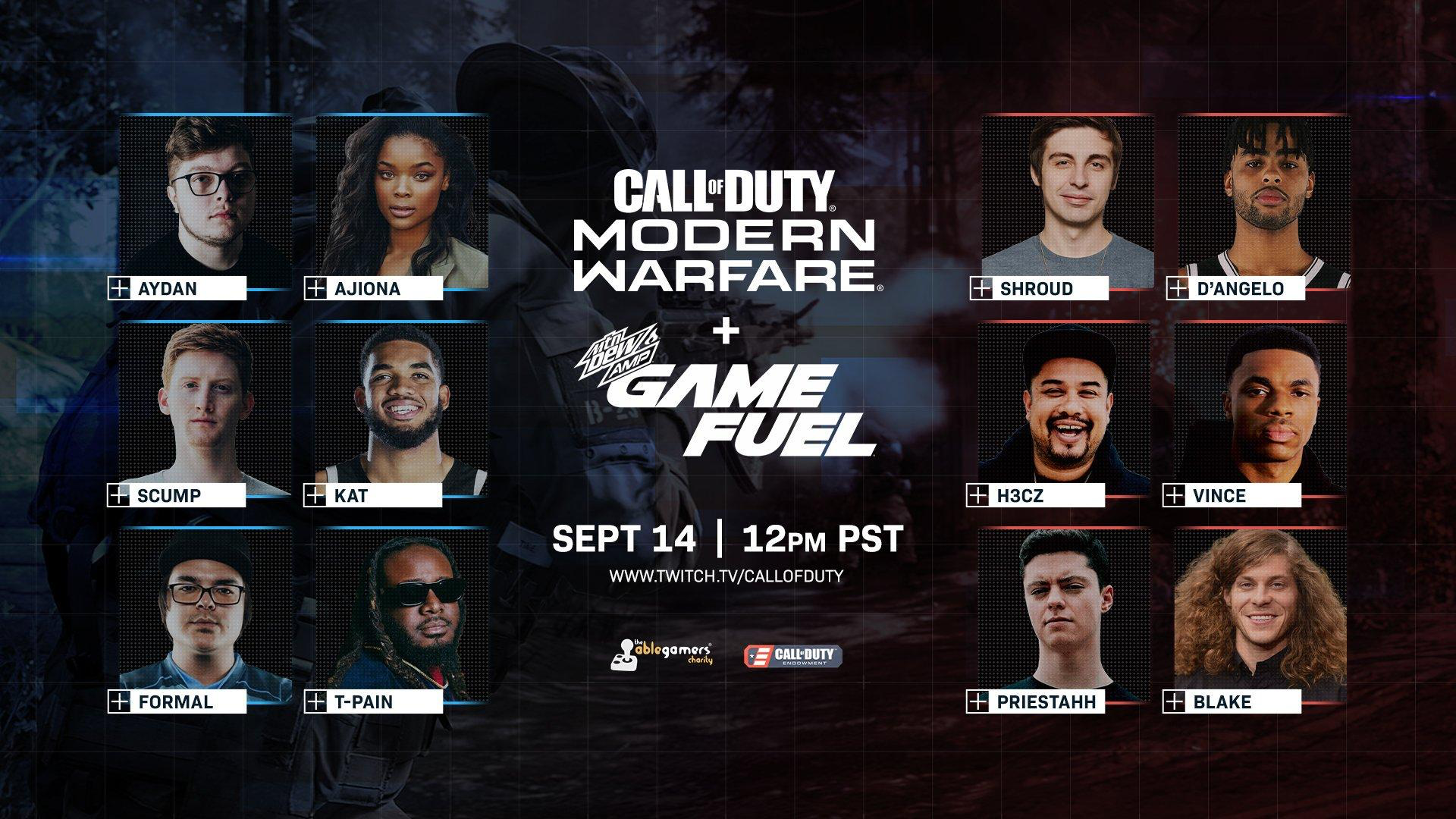 This charity event was only possible through the efforts of Thunder Gaming, Infinity Ward, and Mountain Dew. Over $35,000 was given away to charity during this star-studded event. The new Call of Duty game will be released on October 25, but we got to have a sneak peek on what the action will look like when the game launches because the event was streamed at https://www.twitch.tv/callofduty.

There were two different teams during the charity event: the blue team and the red team. Each team was representing a different charity. The blue team was raising money for Able Gamers, a charity organization designed to allow gamers to play video games no matter their disability. The red team was representing Call of Duty Endowment. This charity organization helps veterans find high quality careers by creating support groups. Within each team, there were three sets of duos. On the blue team, professional Fortnite player Aydan teamed up with actress and singer, Ajiona Alexus. Continuing on with the blue team, Call of Duty world champion Scump teamed up with Karl-Anthony Towns who plays in the NBA for the Minnesota Timberwolves. The last duo in the blue team was Call of Duty world champion FormaL teaming up legendary music artist, T-Pain. 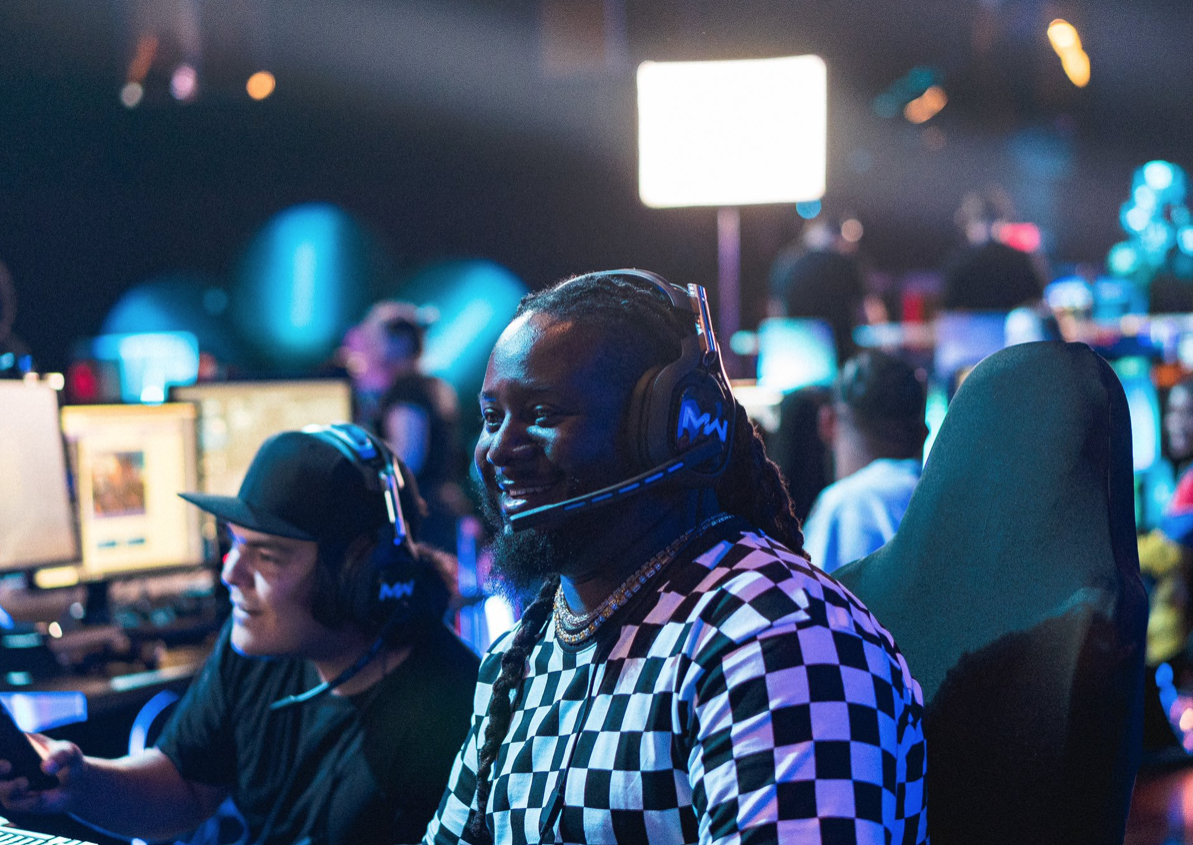 The red team also had a start studded line up as well. Former CS:GO player Shroud teamed up with NBA player D’Angelo Russel from the Golden State Warriors. Former OpTic Gaming CEO H3CZ teamed up with the rapper known as Vince Staples. Finally, professional Call of Duty player Priestahh rounds out the red team by joining forces with actor and comedian, Blake Anderson. The six-hour charity event was divided into three different slots. For the first event, both teams played 6v6 warm-up matches so everyone can get used to the new game. Then a round robin was held to help weed out the competition. Finally, the four teams who did the best during the round robin would move on into the elimination bracket. 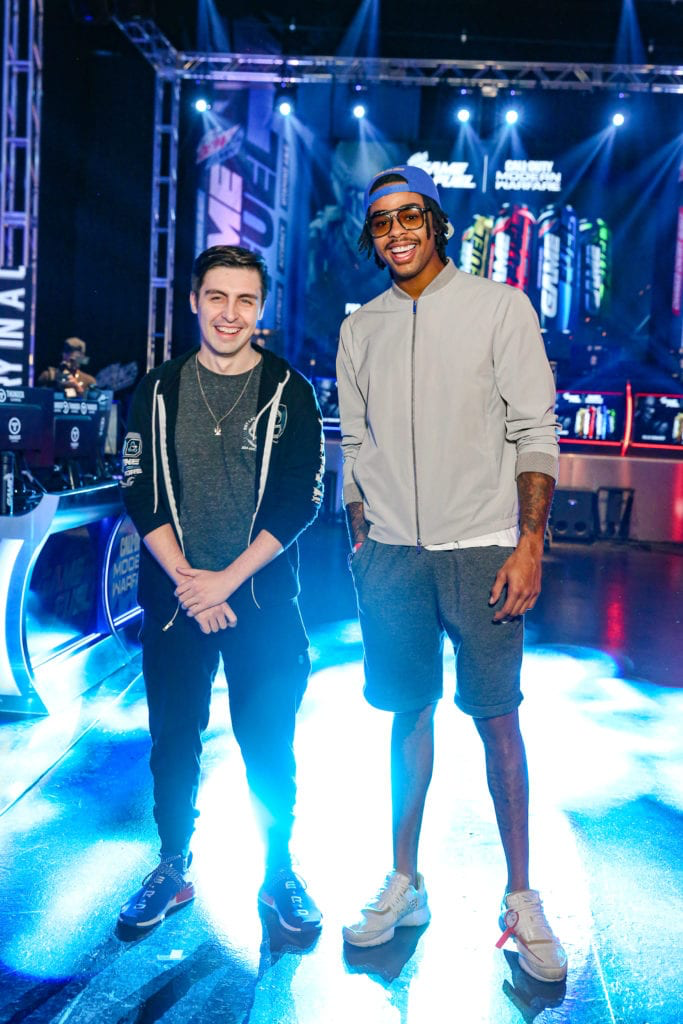 During the warm-up event, you could easily tell that everyone came to win and have a good time. The 6v6 event had multiple different game types happening to mix things up and give everyone a proper preview of the new game. You could see everyone playing was fueling up by drinking Mountain Dew Amp Game Fuel. Game Fuel is the first energy drink in the world designed to be just for gamers. Game Fuel comes in four different flavors: Charged Berry Blast, Charged Cherry Burst, Charged Tropical Shake, and Charged Original Dew. The drink will officially launch in 2020. 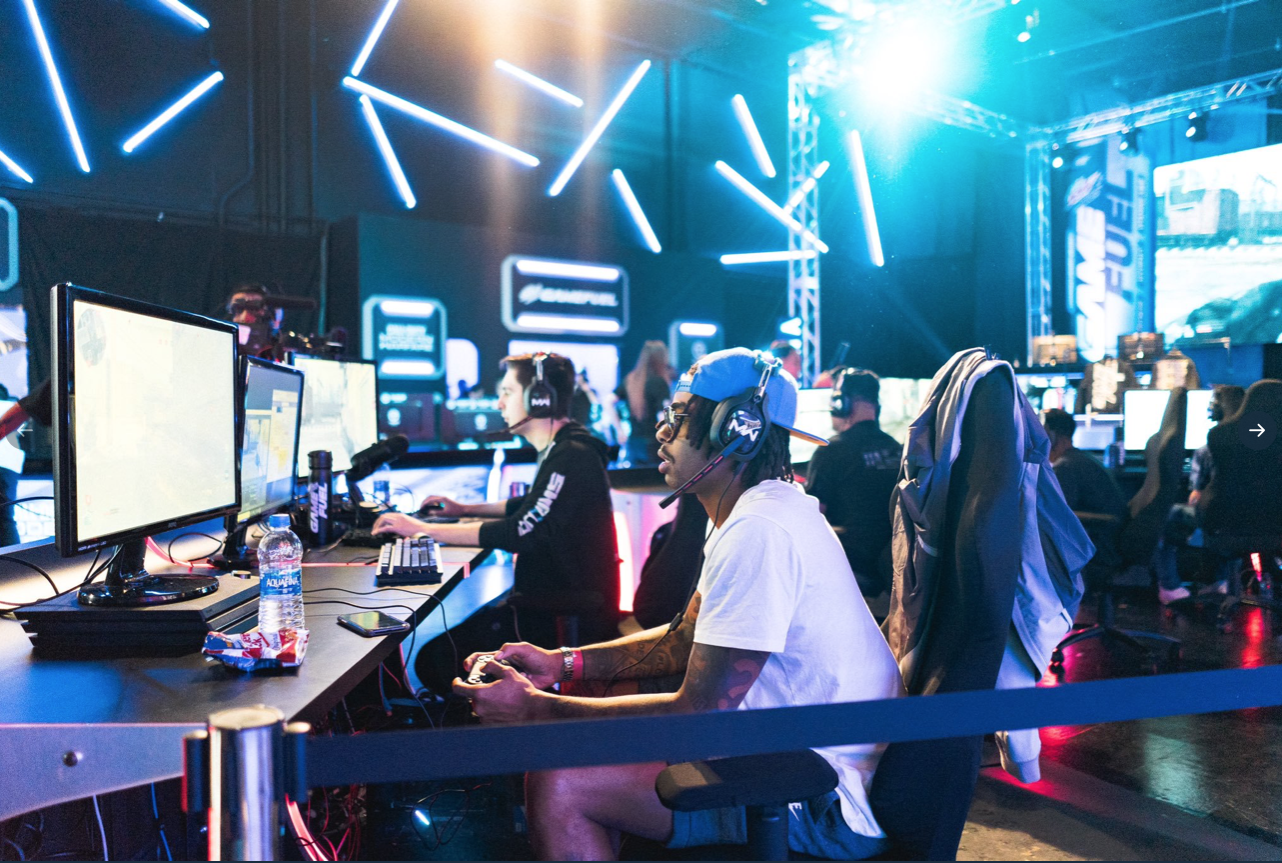 After the warm-up matches and charging up on Game Fuel, the round robin event began. The game mode during the rest of the event was Gun Fight. The rules were simple, eliminate the enemy team and you win. With the maps being smaller than usual and players facing elimination, the competition became fierce. Teams went back and forth to determine who would walk away with the win. Only four teams could move on to the bracket rounds. From the red team, Priestahh + Blake Anderson moved onto the second round and so the duo Shroud + D’Angelo Russel. The blue team was represented by the Pro-Am team of Scump + Karl-Anthony Towns and the duo consisting of FormaL + T-Pain. Only one team could come out on top and win the $25,000 for their respective charity. The elimination bracket was intense. Each team did not want to give an inch. In the end, the Scump + Karl-Anthony Towns duo ended up victorious over everyone. Thanks to their efforts, $25,000 was raised for Able Gamers. On the other side, $10,000 was raised for Call of Duty Endowment. The money raised by both teams will go a long way to help bettering the lives of many veterans and gamers with disabilities.

If you are looking for more major action to happen at this renovated arena, it is coming soon. THUNDERSTORM III, Thunder Gaming’s premier monthly is happening on September 28. In the weeks following the monthly, another major event will also take place. In partnership with Panda Global and with sponsors such as Frontier Communications and Techni Sport, the long awaited THUNDER SMASH III: CLASH OF THE PANDAS will happen on October 12 and 13. Players such as Thunder Gaming’s own MVD and Panda Global’s Esam will be at the event. Top tier players will be at the event, so make sure you tune in to watch the action unfold. Follow this link to find out more.